Amanda stood toward the back of the small room singing while mentally criticizing the woman standing front and center. Amanda noted the outstretched arms, the robust singing—nothing wrong there, but something undefinable about her stance screamed self-satisfaction. Her body posture looked less like worship and more like wonderful am I. Less like adoration and more like aren’t I amazing?

END_OF_DOCUMENT_TOKEN_TO_BE_REPLACED

In yesterday’s post I mentioned that I have difficulty keeping up with household management. When I left on Friday for my Women’s Retreat, the kitchen looked something like this:

When I arrived home last night it looked like this: END_OF_DOCUMENT_TOKEN_TO_BE_REPLACED

from The Rosie Project:

“ ‘Is Gene all right?’ [Julie] asked. It was obviously a variant on that most common of formulaic interaction, ‘How are you?’

“ ‘He’s fine, thank you,’ I said, adapting the conventional reply to the third-person form.

“ ‘Gene is in excellent health except for being six kilograms overweight. We went for a run this morning. He has a date tonight, and wouldn’t be able to go out if he was ill.’

“Julie seemed unimpressed, and in reviewing the interaction later, I realized that Gene must have lied to her about his reason for not being present. This was presumably to protect Julie from feeling that her lecture was unimportant to Gene and to provide a justification for a less prestigious speaker being sent as a substitute. It seems hardly possible to analyze such a complex situation involving deceit and supposition of another person’s emotional response, and then prepare your own plausible lie, all while someone is waiting for you to reply to a question. Yet that is exactly what people expect you to be able to do.”

Adapting those last lines to my life would read thus: It hardly seems possible to keep track of and complete in a timely, consistent manner all that needs to be accomplished daily, weekly, monthly, and yearly. Yet that is exactly what people expect you to do.

END_OF_DOCUMENT_TOKEN_TO_BE_REPLACED

When life is lived to its fullest, both stunning success and tragic grief will be known.

Three miles south of my home, Bellevue, Idaho celebrated with the world as one of their own, Kaitlyn Farrington, won Olympic gold. They and the entire Wood River Valley are now mourning the death of two others, both of which resulted from two different snow mobile accidents. END_OF_DOCUMENT_TOKEN_TO_BE_REPLACED 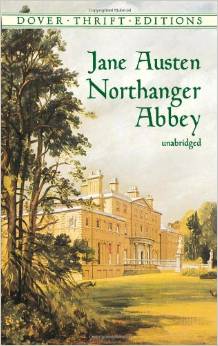 END_OF_DOCUMENT_TOKEN_TO_BE_REPLACED

“Wind the lazy jib sheet around the winch and prepare to tack. As I bring the bow into the wind, be ready to release the working sheet then tighten the new working sheet for a close reach. Ready about?”

If you’re a sailor, you’ll understand that these are words I might speak while teaching someone to sail.

Here’s some other things you might hear me say while sailing:

END_OF_DOCUMENT_TOKEN_TO_BE_REPLACED

Yesterday, the doctor examined my son’s leg. There is a hard lump on his right calf that shouldn’t be there.

“The radiologist will be able to tell from the x-ray whether or not this is benign,” he stated.

END_OF_DOCUMENT_TOKEN_TO_BE_REPLACED

I used to dream of having a place where I could go and no one would bother me while I was there. I could walk in, close the door and no one would make demands upon me. Over time, this dream turned into a vision of a real place in our house.

END_OF_DOCUMENT_TOKEN_TO_BE_REPLACED

While changing a poopy diaper, the baby lying before me kicked, screamed, and cried.

I’m trying to clean you up child! I thought.

END_OF_DOCUMENT_TOKEN_TO_BE_REPLACED

A better question would be:

Why do I write only when I have an audience?