Oy! Stupid head cold,
go away; do not come back
on another day.

Sometimes what we are teaching our children by example seems innocent enough, but might actually be leading them into episodes of disaster. Such was the case with me and New Year’s Eve. This year, as with many years past, I plan to be fast asleep long before midnight.  END_OF_DOCUMENT_TOKEN_TO_BE_REPLACED 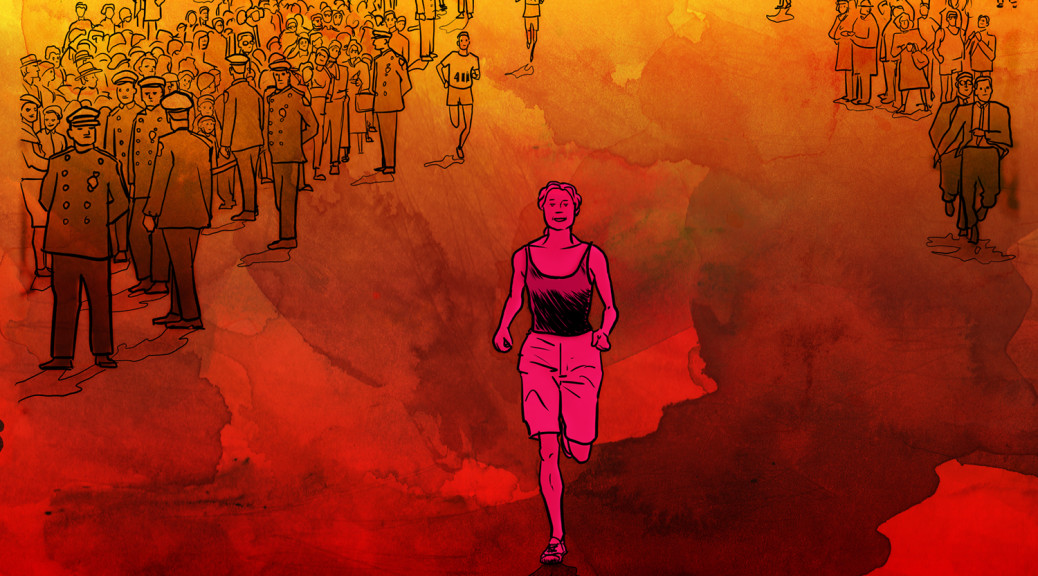 Roberta “Bobbi” Gibb grew up running for the sheer love of it. Training for the Boston Marathon without running shoes or a coach, Gibb ran up to 30 and 40 miles a day. What Gibb didn’t know: The event was closed to women due to the widely believed myth that women pursuing vigorous athletics would damage their reproductive organs. My mother was pregnant with me in early 1966 when Gibb received a letter stating “women were not physiologically capable of running 26 miles and furthermore, under the rules that governed international sports, they were not allowed to run.” (source) The myth has since been debunked, though it still makes notable appearances.  END_OF_DOCUMENT_TOKEN_TO_BE_REPLACED 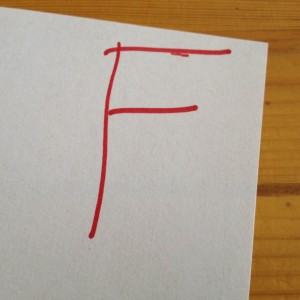 I was due for severe consequences in my 12th grade English Literature class. I should have been given a failing grade, and I probably would have had to retake 12th grade — not completely sure, but it’s likely. However, the teacher showed leniency and allowed me to pass and graduate.  END_OF_DOCUMENT_TOKEN_TO_BE_REPLACED

“The discovery in 1828 that two drunken Irishmen had, within the space of a few months, committed sixteen murders in [Edinburgh], and had sold the bodies of all their victims to a leading anatomist for dissection, shocked the people of Scotland as no other series of crimes has ever done. . . . The city was in a state of constant terror. Children were told to keep off the streets, and families stayed indoors from long before sunset. At no time in living memory had Edinburgh’s locksmiths done such a roaring trade. Even tough laboring men took to coming home from work in groups rather than on their own. . . .” So writes Donald A. Low in The Regency Underworld.

In the early 1800’s, British surgical science was still in its infancy and, by law, only bodies of executed criminals could be used for dissection. The demand for research cadavers far outstripped the supply. To meet this need, “resurrectionists” illegally dug up freshly buried bodies out of cemeteries and sold them to anatomical schools, a practice known and condoned by surgeons.

In 1827, the unscrupulously enterprising William Burke and William Hare sold for dissection the corpse of a fellow lodger who had died of natural causes. Encouraged by the profit they made and the assurance by the anatomy school of more money for more corpses, they lured 16 more people to their deaths before they were discovered.

Does this MO sound familiar? It should.

Abortion proponents constantly assert that abortion is offered as a necessary service to women. However, the CMP video “Human Capital: Episode 3” shows abortionists making their procedure decisions according to orders for fetal organs.

Read the rest at BreakPoint Blog.

Five years ago, I had an epiphany and a book idea was born. The impetus appeared in the August 13th, 2010 edition of my local paper, the Idaho Mountain Express.

“DRIGGS, Idaho — The family of a New York man who skied outside the boundaries of a western Wyoming ski area and was rescued the following morning but later died of hypothermia has filed a wrongful death claim.

END_OF_DOCUMENT_TOKEN_TO_BE_REPLACED

The admonitions regarding “what should/should not women wear so as not to cause lust in men” have always struck me as misguided at best and damaging at worst. Last week The Salt Collective ran a satirical post on this issue. The ensuing debate in the comment section inspired my On Modesty bit of fiction, but I still couldn’t articulate my thoughts in plain prose. The discussion on Gina Dalfonzo’s post, Those Seductive Suits, at The BreakPoint Blog has come to my rescue.

END_OF_DOCUMENT_TOKEN_TO_BE_REPLACED

When life is lived to its fullest, both stunning success and tragic grief will be known.

Three miles south of my home, Bellevue, Idaho celebrated with the world as one of their own, Kaitlyn Farrington, won Olympic gold. They and the entire Wood River Valley are now mourning the death of two others, both of which resulted from two different snow mobile accidents. END_OF_DOCUMENT_TOKEN_TO_BE_REPLACED