And I wondered, What if Isabella were to die and John were to remarry someone not so sweet? As well, there are five weddings in Emma, what happens after they all say, “I do”?

I also write blog posts. As the tagline of my blog suggests, I write about that which has captured my attention.

How does my work differ from others of its genre? One way my work differs from some Jane Austen sequels is that I attempt to stay true to Jane Austen’s morals and mores. I’ve read a few sequels that do violence to Jane Austen’s core beliefs and worldview. One of them I couldn’t even finish because of the unexpected graphic sex scenes and the complete overthrow of Austen’s wordview.

I’m not a Jane Austen scholar; I haven’t even read her juvenilia (for shame!) let alone most of the many, many sequels her six novels have inspired. But the absolutely best sequels I have read are by Skylar Hamilton Burris: An Unlikely Missionary and Conviction: a Sequel to Jane Austen’s Pride and Prejudice. Ms. Burris remains true to Jane Austen’s Christian worldview and I plan to do the same.

As well, I don’t simply focus on the romantic love aspects of my characters’ lives. I chose to develop a rather gritty plot twist: rape and victim blaming. Jane Austen’s books are so much more than mere romance stories, but so many of the sequels are simply basic romance plots.

Why do I write what I do? In my current work in progress, I wanted to move past the initial “in love” stage of a romantic relationship. I’m tired of romance books where the solution to most of the conflict is two persons embracing romantic love for each other. Hello!?! Let’s look at the world around us. Discovery of mutual, romantic love does not solve our problems!

And so, some of us get married and have children so that …

So that, what? …we get to have guilt-free sex? …we continue our species? …we have little gremlins in the house that make my worst, selfish self appear? So that we can watch them make the same mistakes we make?

Parenthood, like nothing else in my life made me aware that we are made for so much more than simply living for our own pursuits and pleasures. We are created beings. We are made to be in relationship with The Creator, too.

I read, I think, I write. I do a lot of the first two and not enough of the third. Sometimes I talk with people about first order questions — How did we get here? Why are we here? What went wrong to cause all the misery we experience? How do we fix it? — but I tend to get too intense for most people when I really start digging in and discussing a topic. So I tend to bottle up my thoughts and I’m learning to let it out in my writing.

I have a B.A. in English Literature, and by the end of my studies I knew that I didn’t want to continue to study, research, and write about others’ fiction. I want to write my own fiction. I love being entertained and educated through fiction. And that is how I hope to express myself and engage with others.

For all those papers produced to earn my Literature degree, my process was a back and forth between a thesis with its outline and then fleshing it out. As I’ve written before, occasionally through the writing process I learned something new. Those instances caused me to significantly alter the outline of my work.

With my current work in progress, I’ve recently printed out my *very* rough draft, three hole punched all the pages, and placed them in a three-ring binder. I am reading through it and making some notations. But my purpose with this read-through is to get of general sense of what I’ve actually produced.

A major development in my novel, which was not part of my original plan, is a rape. As a result of that major plot twist, some of my aspirations with this work have become unexpectedly grandiose. I mean, who am I to write of an English Barrister (Mr. John Knightley) in the 1820s interrupting a sermon and then debating with the vicar (Mr. Elton) about victim-blaming? And yet, that’s where my novel is going. I’m not confident that I can make a success of it. So my plan is to figure out what I have written thus far, and then write a new outline for what I think I can reasonably accomplish with it.

My approach to fiction is similar to my approach to writing literary critique papers: thesis, supporting evidence, convincing (hopefully) argument, conclusion. Back and forth between outline, fleshing out the outline, revamping the outline, and fleshing it out to completion. Pummel the words hard, like kneading bread dough, until I am pleased with the finished product.

The next authors in The Writing Process Blog Tour: 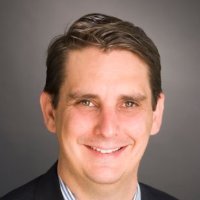 I recently discovered JP Wilder through his short novella The Crusader. He loves to write fantasy stories, finding it a welcome relief from the sameness of the everyday. Time in the Army still gives him inspiration for many of his stories and characters. After laying down his sword, he earned an MFA in creative writing. He has published The Book Dragon (Realms of the Dragons II anthology by Wizards of the Coast) as well as The Crusader, mentioned above. He currently lives in Southern California. You can read his other writing-process posts while waiting for for next week’s addition. 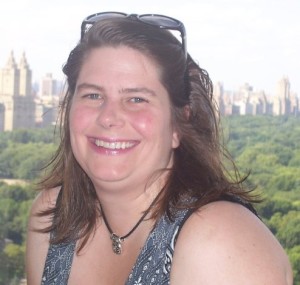 Skylar Hamilton Burris was born and raised in Virginia but has since migrated to Texas, where she works as a freelance editor and writer. She is the author of four novels, including three sequels to Pride and Prejudice, a collection of poetry, and numerous essays and short stories. Her first original fiction novel, When the Heart Is Laid Bare, will be released July 1, 2014. Driven by a love of traditional, meaningful poetry, Skylar founded Ancient Paths Literary Magazine in 1998. Seventeen issues of the print magazine have been published in the years since, and Ancient Paths is now available as a regularly updated Facebook page. Not having a writer’s blog, Skylar’s Writing Process post will be published here on my blog at a future date. *swoon*

Because I originally had trouble finding other writers who hadn’t yet participated in The Writing Process Blog Tour, I asked a few who had already participated to simply link back to their posts. 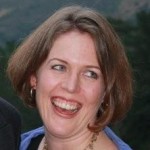 Bronwyn Lea is a writer-mama, latte-sipper, laughter-seeker and Jesus-junkie. Once upon a time she dabbled in law and studied theology, but these days her claims to fame include speed-diapering and bad puns. She has an unnatural love for excavators and the color teal. She writes about all things holy and hilarious at her blog and various other online publications. She’d be tickled pink if you stopped by to say hello at her www.bronlea.com. 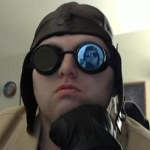 Jason Cantrell, currently enrolled in a Master’s in Writing program at Rowan’s College of Graduate and Continuing Education, is in the midst of writing his upcoming novel Manifestation. His short story Radiance, available for 99 cents on Amazon, is a beautiful story about the way people with beyond-ordinary abilities are shunned and feared by society. He tweets and blogs with disarming, and occasionally disconcerting, honesty. Jason claims that many people block him on Twitter, but I’ve never had the urge to do so.

Cara Meredith is a writer, speaker, and musician from in the greater San Francisco area. She is currently writing her first book, tentatively titled, A Hundred Times an Hour: A Memoir of Belief and Disbelief, when she’s not on a hunt for the world’s greatest chips and guacamole. She loves people, food, reading, the great outdoors and her family. She and her husband, James, currently live in Pacifica, California, with their almost two-year old son, Canon, and a second little boy set to make his appearance in August.